This US presidential election has inspired some of the best political cartoons and comments I’ve ever seen.  Before all of this fades into memory, here’s a sample:

George W. Bush was probably the most useless president in US history, with the start of two foreign wars, the inability to capture or kill bin Laden, a tax cut that gave the top 1% millions of dollars at the expense of the middle and lower classes, and the squandering of the surplus left by President Clinton part of which was used to give tax breaks to millionaires. 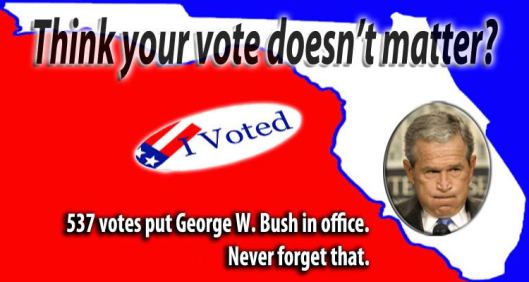 Al Gore won the popular vote in 2000, but George Bush, with the “assistance” of the Supreme Court that voted 5 to 4 to stop the counting of ballots in Florida, “won” the election and brought the US eight disastrous years. 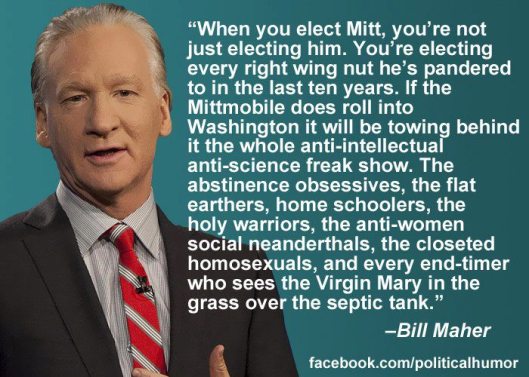 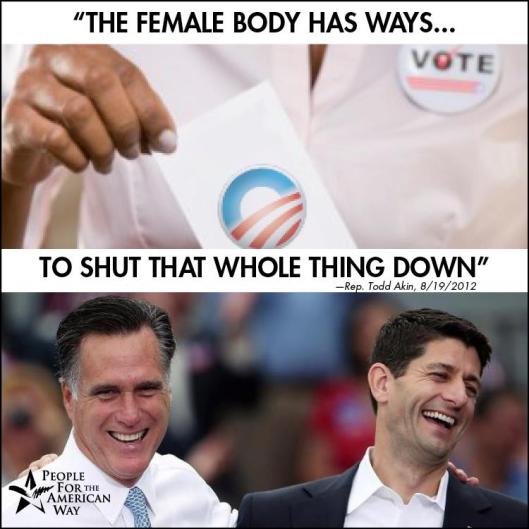 A Republican congressman said that when a woman is raped she will not become pregnant because “the female body has ways to shut that thing down.”  Tell that to the women who became pregnant after being raped.

Donald Trump, failed billionaire, has said over and over that Obama cannot legally be president because he wasn’t born in the US.  Obama was born in Hawaii, USA, as his birth certificate clearly states.

Big Bird says no to Mitt Romney after Romney said he will cut all funds to PBS, (government-funded like the BBC), which has done more than anyone or anything to teach the children of America the alphabet, numbers, and the importance of being nice to each other. 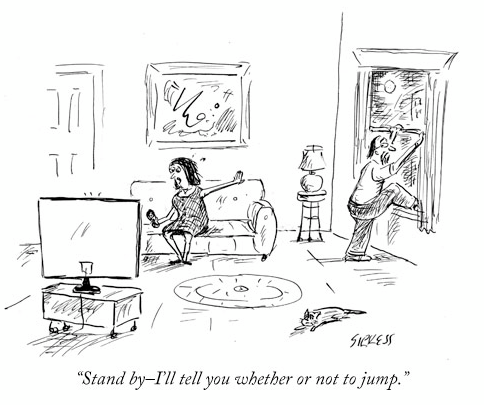 Mitt Romney was taped in a private meeting with wealthy Republicans saying that he doesn’t care about the 47% of Americans who don’t pay income tax.  This includes senior citizens on Social Security, much of the working and middle classes, and people in the military whose lives are in constant danger. 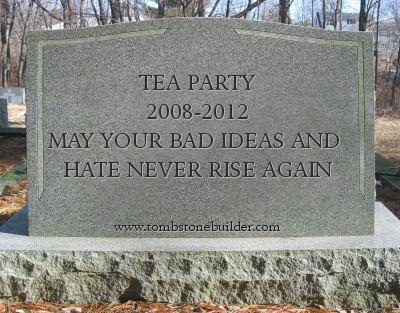 And she shall rise again!       Courtesy Timeline photos